It lay on my IPad for the longest time before I picked this book up to finally give it a go. I dived in with great expectations, but that that’s the thing with expectations – they come tumbling down. And so it goes.

“An atmospheric, gritty, and compelling novel of star-crossed lovers, set in the circus world circa 1932 illuminated by a wonderful sense of time and place. Winner of the 2007 BookBrowse Award for Most Popular Book.

An atmospheric, gritty, and compelling novel of star-crossed lovers, set in the circus world circa 1932, by the bestselling author of Riding Lessons.

When Jacob Jankowski, recently orphaned and suddenly adrift, jumps onto a passing train, he enters a world of freaks, drifters, and misfits, a second-rate circus struggling to survive during the Great Depression, making one-night stands in town after endless town. A veterinary student who almost earned his degree, Jacob is put in charge of caring for the circus menagerie. It is there that he meets Marlena, the beautiful young star of the equestrian act, who is married to August, the charismatic but twisted animal trainer. He also meets Rosie, an elephant who seems untrainable until he discovers a way to reach her.

Beautifully written, Water for Elephants is illuminated by a wonderful sense of time and place. It tells a story of a love between two people that overcomes incredible odds in a world in which even love is a luxury that few can afford.” – Goodreads

Unimaginative at best, this book made me physically angry. A good-hearted, troubled boy, falls in love with a good-hearted beautiful girl, who is married to a schizophrenic, violent and controlling man. Whatever will happen? The steady stream of two-dimensional characters in the book ensure that the reader not only loses interest, but develops a deep-set fear of picking up books that are highly acclaimed. At least, that is what happened with me. It killed my will to pick up the next book to read.

The story of post-depression era of 1920-30s in US, with the employment at its lowest and poverty at its highest, there was so much potential to what could have been, but nothing gives. What it does turn into is a tepid, plodding romance between utterly lifeless and boring Marlena and heart-of-gold Jacob.

The dialogues are as life-less and depressing as the era Sara wanted to depict and miserably failed at. The prose is shoddy, plot is predictable and characters are unidimensional.

The only redeeming quality of this book is a look at circus life – the gritty, ugly reality of workers that are treated worse than animals, cloaked in glitz and glamour. Sadly, even that refused to evoke any emotions thanks to abundance of unimaginative story-telling. 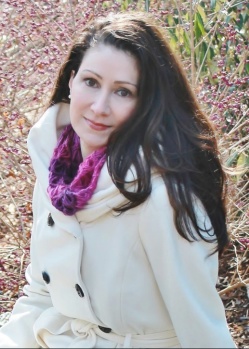 Her works have been translated into forty-three languages, and have sold more than ten million copies worldwide. Water for Elephants was adapted into a major motion picture starring Reese Witherspoon, Rob Pattinson, and Christoph Waltz in 2011.

She lives in Western North Carolina with her husband and three sons, along with their dogs, cats, horses, birds, and the world’s fussiest goat.

Have you read Water for Elephants? Did you like it? Do let me know in the comments below.